Questions from a potential user NAS+HTPC

Questions from a potential user NAS+HTPC

by veveaucent
I'm trying to figure out which board to upgrade to from the Odroid XU4. Ideally I would have gotten the Odroid N1, but the project was cancelled. The think I liked most about this board was 2 on board SATA ports. Odroid will not be releasing information about their next board until mid October which means by the time there's a board release with a stable system it'll be well into next year, which does not meet my timeline. Pine64 recently released the RockPro64 which seems somewhat compelling. It comes with a RK3399 SoC and can be upgraded with 2 SATA ports via PCIe slot, you can also power 3.5" hard drives through the board itself. However, it has a very large form factor and the PCIe card sits vertically which to me isn't very ideal. Pine seems to have a very large community and they seem to be quickly working towards a stable release for this board. Looking at the NanoPC-T4 It advertises that the M.2 M Key can be used for a SATA interface. The NanoPC-T4 also have a very nice small form factor so I'm trying to figure out if it will meet my needs. My questions are as follows:

1. Does Friendlyarm have a good community? Will this board ship with relatively bug free distributions and appropriate drivers?

2. Does Friendlyarm sell M.2 M Key Sata adaptors? Is the one or two sata ports on these adaptors? Can the board power 3.5" HDDs like the Rockpro64? If Friendlyarm doesn't sell an adaptor like this where can i find one? Is it stable, has someone tried it out? What kind of speeds can you get through this type of interface?

by sebt3
2. the board dont have any sata port, but there's many M2-sata adaptors available on internet with 2 or 4 sata ports for a cheap price.

by igorp
1. Initial RK3399 and FA support are decent and you have www.armbian.com Linux for SBCs and a strong community around the project.
4. Check this: https://github.com/ThomasKaiser/sbc-ben ... Results.md

by veveaucent
Warning this is going to be a long post

So I've done some more research and decided not to get the NanoPC-T4. The NanoPi-M4 seems as though it will meet my needs much better than any other RK3399 board on the market. I'm going to leave some feedback first and some more questions later.

Feedback:
I was initially turned off from the FriendlyElec because this post was moderated before it was posted (took almost a week) I feel as though this is a bad policy. The forums on both HardKernal (maker of my current board the Odroid-XU4) and Pine64 (I was strongly considering getting a Rockpro64 as my next board) are much busier with day to day traffic and show a much greater sense of community. Other things that gave me a negative impressions were the NanoPC-T4's claims that you could use the M.2 M Key to connect 10GB ethernet, and SATA ports however, no such board is being sold directly by FriendlyElec. I imagine getting 3rd party expansion boards would lead to major driver issues and so have decided against that board. If you're going to make claims of the expansion capabilities of a board please develop expansion chips and drivers to allow the user to implement those capabilities. I later discovered that much of the community for the latest Friendlyelec series is actually on the Armbian forums. In fact most product release announcements are on their as well. Why can I find no information about the NaniPi Neo4 or the SATA HAT for the NanoPi-M4 anywhere on the official FriendlyElec webpage? All this being said the boards developed by FriendlyElec do seem to meet my use cases best and I actually would like to buy 2 boards instead of the originally planed 1. 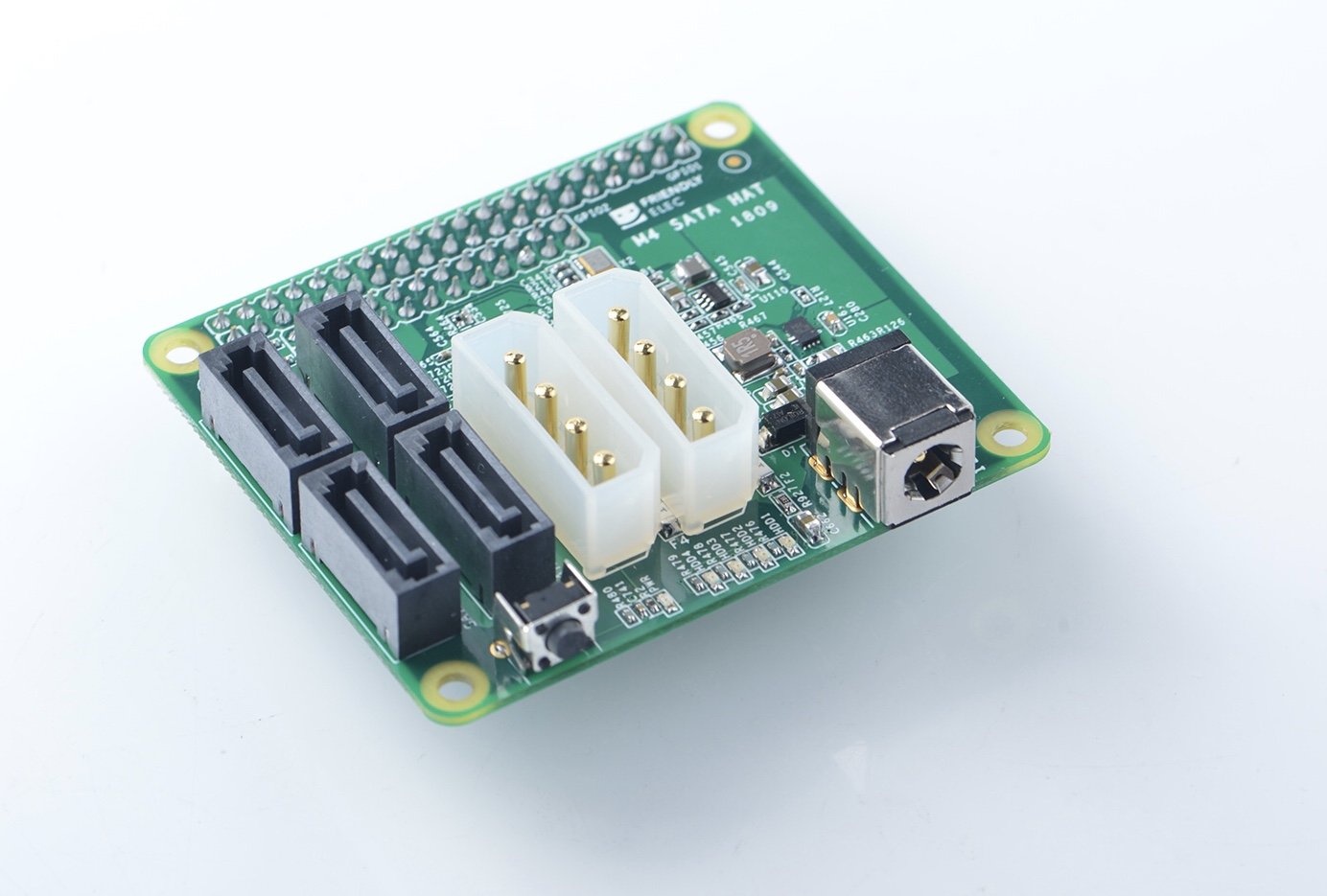 1. When will the 8GB eMMC modules be back in stock? are Odroid eMMC modules compatible?
2. Do I have to buy a converter to flash onto the eMMC module or could I plug the eMMC module into the unit and flash from a microSD card? Would Odroids USD to eMMC module adaptor work with Etcher?
3. When is the SATA HAT expected to be released?
4. What is the planed selling price for the SATA HAT?
5. Does the SATA HAT require a 12V power input? Will you supply an official 12V input?
6. Will the finalized SATA HAT have a Male 40 pin GPIO connector? 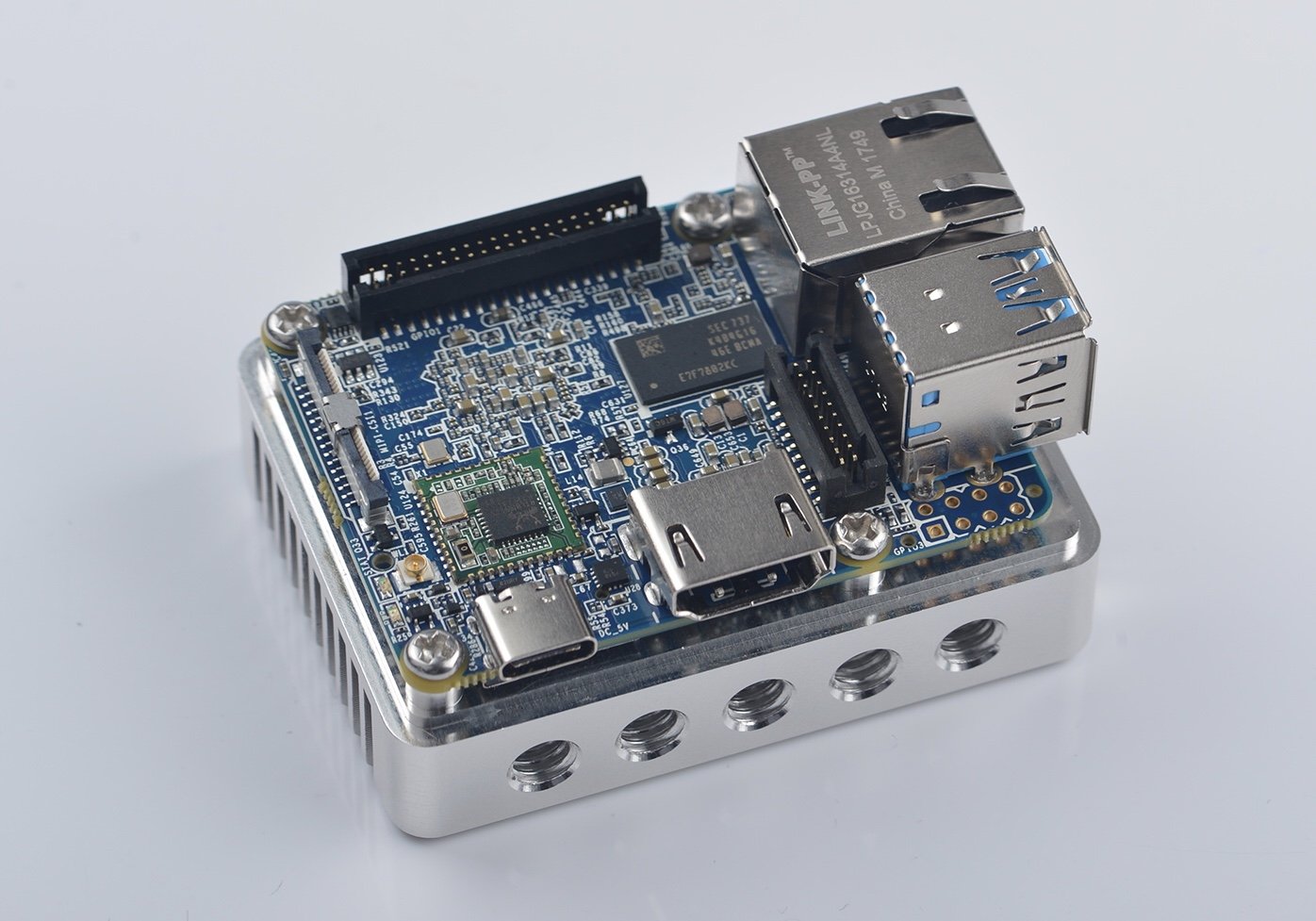 7. Given that this board isn't openly advertised on the website anywhere, is there a planed release date?
8. How much are you planning to sell this board for?
9. Are there any plans for Hats that would enable 7" (or 10") touch screens for the NanoPi Neo 4 and NanoPi-M4?

I know this is a lot of questions but I've seen most of them in other forums and though it would be good to try to get an official answer on the official forums to refer people too.

by igorp
On most questions, I can't answer since I am not related to FA. Beware a few things.

Software and hardware development is sometimes happening in the real-time (because "we want them now" is already too late). This means things were just designed and the first prototype was made and the information was leaked out. In this case at the armbian forums, which become an industry central point for revealing (leak) such pieces of information. Besides a few specialized blogs.

I think you can't buy this hat at this moment and some parts are regularly off stock.
All times are UTC
Page 1 of 1
Powered by phpBB® Forum Software © phpBB Limited
https://www.phpbb.com/